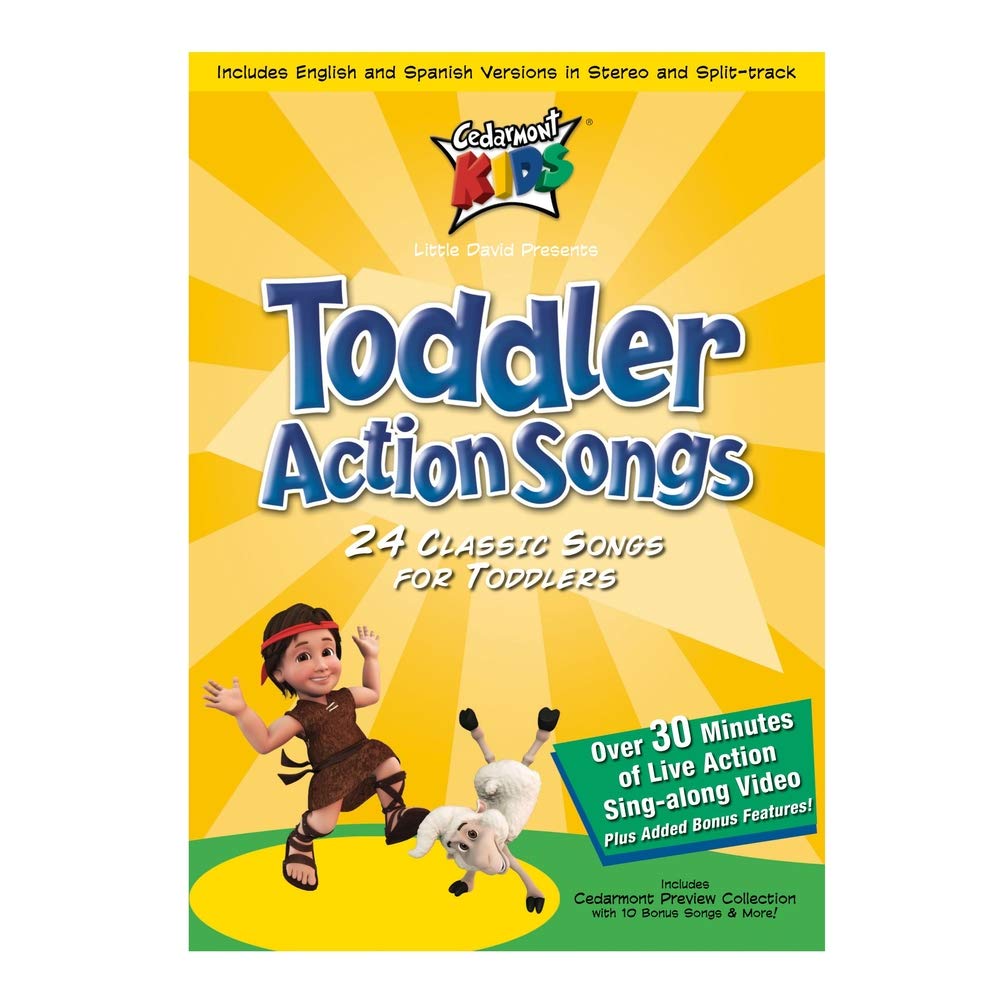 24 classic songs-lyrics and actions included-LIVE ACTION SING-ALONG1. Twinkle, Twinkle Little Star2. The Ants Go Marching3. God Said It4. Boom, Boom, Ain't It Great To Be Crazy?5. Baby Bumblebee6. When the Saints Go Marcing In7. Little Cabin in the Wood8. I've Been Working on the Railroad9. Hush!10. Two Little Blackbirds11. Over in the Meadow12. Hinges13. John Brown's Baby14. Billy Grogan's Goat15. I'm Gonna Work16. Little Wheel A-Turning In My Heart17. Somebody's Knockin' at Your Door18. Mules19. Exercise Hymn20. Clap Your Hands21. I'm Gonna Sing22. What a Mighty God We Serve23. I Love the Mountains24. Wide, Wide as the Ocean*Each DVD includes English and Spanish versions of the songs in Stereo and Split-track formats. *Lyrics are available onscreen as English and Spanish subtitles. *Production Notes-Learn about the cast members, and how the videos were shot on this 30 minute program. (English) *Direct Access to the Songs on the Main Program. You can skip forward or backward to your favorite song, just like on a CD! *Special Bonus Feature: In addition to the features mentioned above, a 10-song "Preview Collection" is included.

Dry Erase Small White Board for Kid with Lines Double Sided, wit: I know this if off topic but I'm looking into starting my own blog and was wondering what all is needed t...