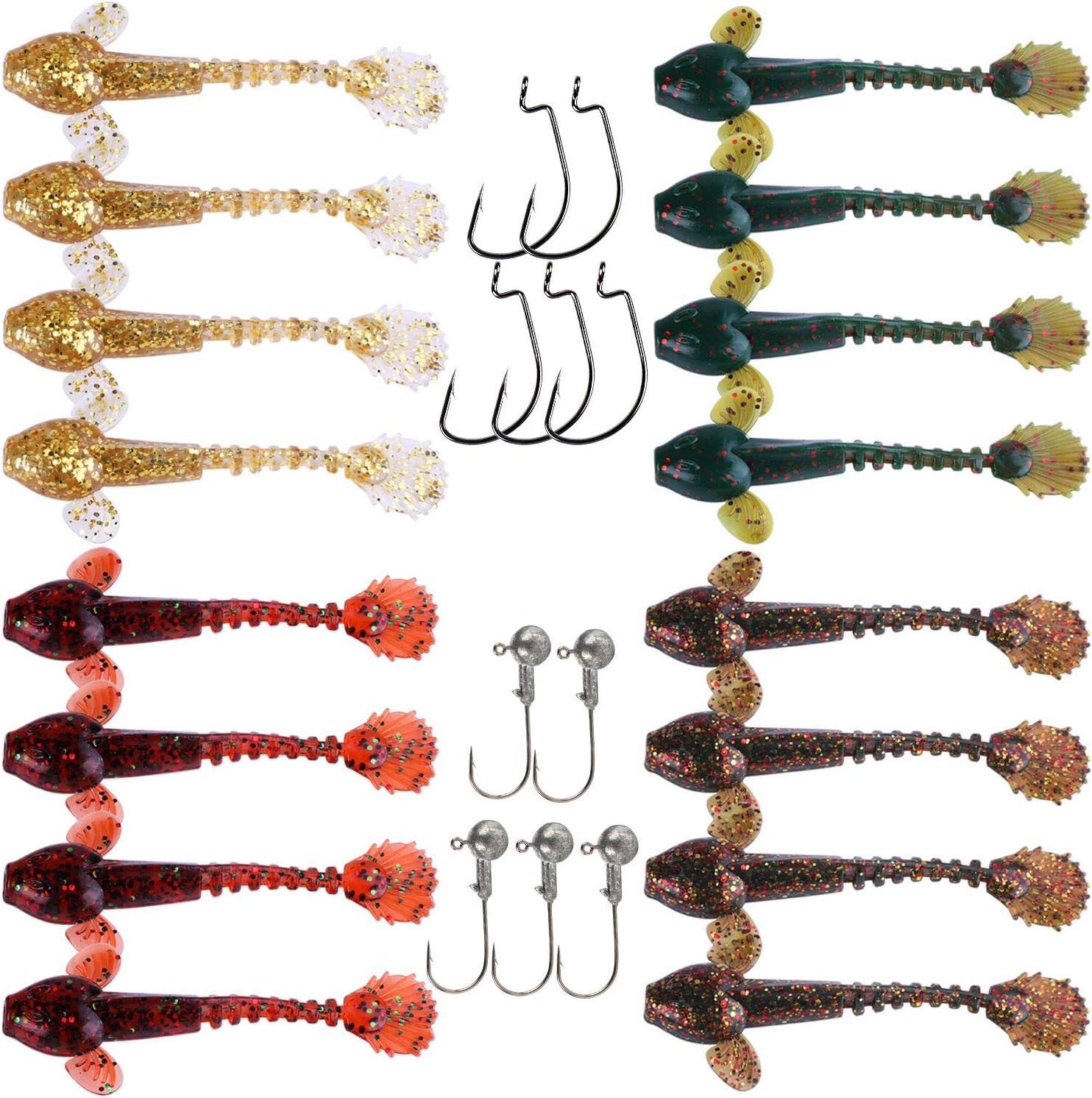 The soft fishing lures for bass walleye trouts goby bait and sculpin plastic lures with hooks for freshwater and saltwater.Spot painting increases the attractiveness of the lure.The wide-leaf fishtail combination of the caudal fins ,you will achieve a perfect work of bait near the bottom - bite walleye, bass or pike can be followed at any moment.Suitable for all kinds of fish.goby soft baits is a very good bait for those who love fishing.