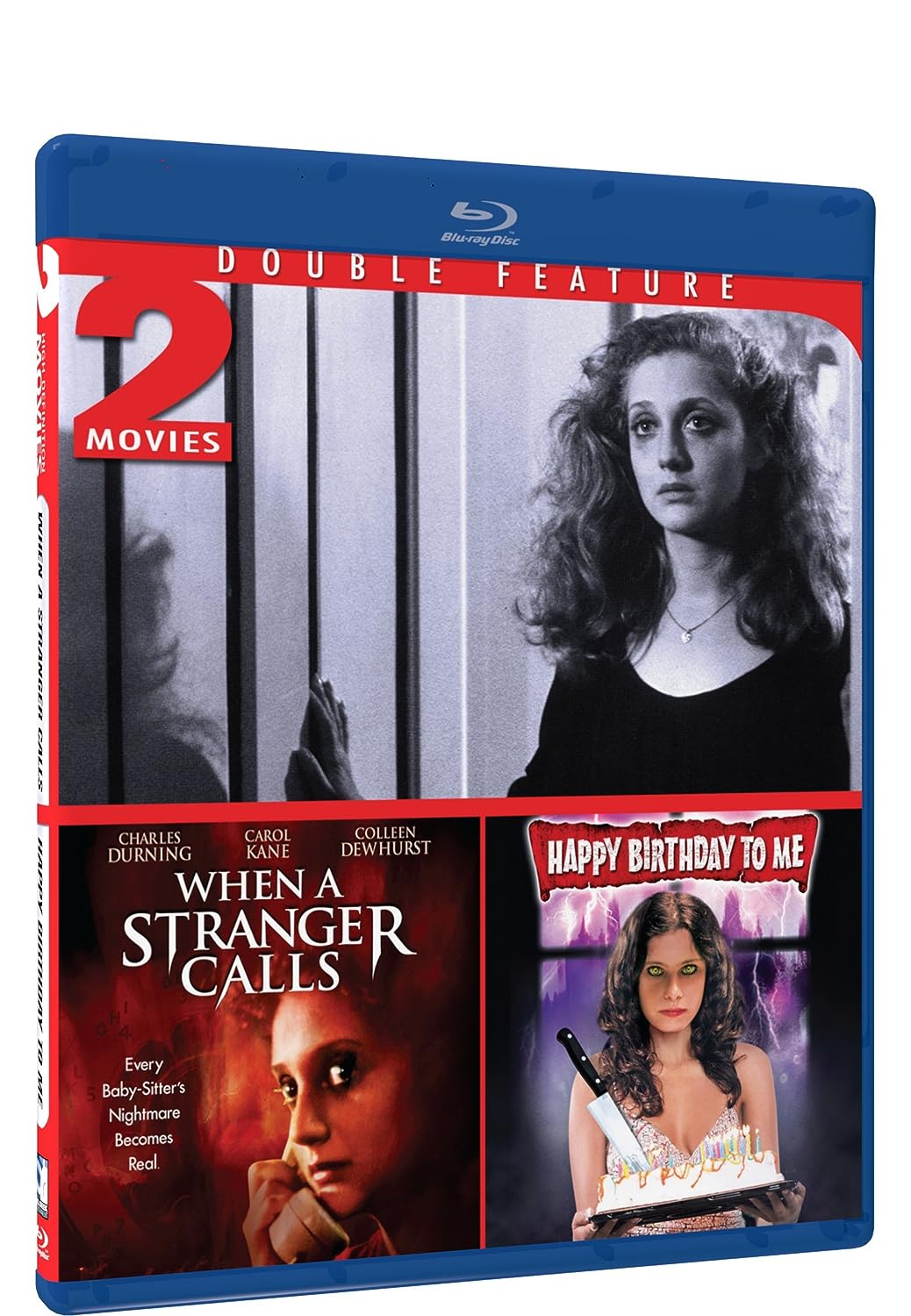 When A Stranger Calls

A terrified young baby-sitter...an incessantly ringing phone...and whispered threats set the stage for one of the most suspenseful thrillers ever filmed. Carol Kane stars as the baby-sitter who is tormented by a series of ominous phone calls until a compulsive cop (Charles Durning) is brought on the scene to apprehend the psychotic killer. Seven years later, however, the nightmare begins again when the madman returns to mercilessly haunt Kane, now a wife and mother. No longer a naive girl, though still terrified, but prepared, she moves boldly to thwart the maniac s attack in scenes that culminate in a nerve shattering conclusion.

Happy Birthday To Me

Happy Birthday to Me is an entertaining, sometimes goofy, piece of retro horror that slasher fans should track down. - dvdverdict.com / Judge David Johnson

Get ready for a taut mystery-shocker that will keep you at your wit s end and at the edge of your seat. Popular high school senior Virginia Wainwright (Melissa Sue Anderson) survives a freak accident, but suffers from memory loss and traumatic blackouts. As she attempts to resume a normal life, something terrible is happening - her friends are ruthlessly murdered one-by-one. Will she be the next victim or is she the killer? The terrifying truth is finally uncovered at Virginia s 18th birthday party and you re invited!