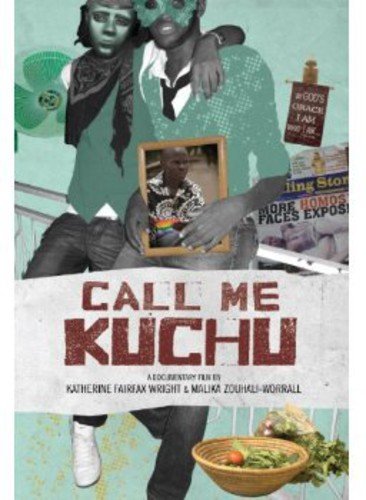 In Uganda, a new bill threatens to make homosexuality punishable by death. David Kato, Uganda s first openly gay man, and retired Anglican Bishop Christopher Senyonjo work against the clock to defeat state-sanctioned homophobia while combatting vicious persecution in their daily lives. But no one is prepared for the brutal murder that shakes their movement to its core and sends shock waves around the world.

In an unmarked office at the end of a dirt track, veteran activist David Kato labors to repeal Uganda s homophobic laws and liberate his fellow lesbian, gay, bisexual and transgender men and women, or kuchus. But David s formidable task just became much more difficult. A new Anti-Homosexuality Bill proposes death for HIV-positive gay men, and prison for anyone who fails to turn in a known homosexual. Inspired by American evangelicals who have christened Uganda ground zero in their war on the homosexual agenda, the bill awaits debate in Uganda s Parliament.

While most religious leaders in Uganda support the Bill, one lone voice from the Church is willing to speak out against it: Bishop Christopher Senyonjo, a purple-robed sage who has been expelled from the Anglican Church of Uganda for his theological defense of Uganda s LGBT community. Armed with a PhD in human sexuality and a thorough understanding of Biblical scripture, this octogenarian doggedly continues his work to establish a kuchu counseling center and safe house in Kampala.
Meanwhile, local newspapers have begun outing kuchus with vicious fervor under headlines such as: HOMO TERROR! We Name and Shame Top Gays in the City.

David, Uganda s first openly gay man, is one of the few who dare to publicly protest state-sanctioned homophobia. Working with an idiosyncratic clan of fellow activists, David fights Uganda s government and tabloids in the courts, on television, and at the United Nations. Because, he insists, if we keep on hiding, they will say we re not here.

But one year into filming CALL ME KUCHU and just three weeks after a landmark legal victory, the unthinkable happens: David is brutally murdered in his home. His death sends shock waves around the world, and leaves the Bishop and Kampala s kuchus traumatized and seeking answers for a way forward.

With unprecedented access, CALL ME KUCHU depicts the last year in the life of a courageous, quick-witted and steadfast man whose wisdom and achievements were not fully recognized until after his death, and whose memory has inspired a new generation of human rights advocates.

The hardest work is done by local activists like those you will see in this film. To them I want to say: You are an inspiration to meâ¦ I am proud to join in this great human rights cause --UN Secretary General Ban Ki-moon

Impressive and on the mark --Variety

David Kato Kisule (c. 1964 January 26, 2011) was a Ugandan teacher and LGBT rights activist, considered a father of Uganda's gay rights movement and described as "Uganda s first openly gay man". He served as advocacy officer for Sexual Minorities Uganda (SMUG). Kato was murdered in 2011, shortly after winning a lawsuit against a magazine which had published his name and photograph identifying him as gay and calling for him to be executed.

literary devices refers to the typical structures used by writers in their works to convey his or her messages in a simple manner to the readers.  When employed properly, the different literary devices help readers to appreciate, interpret and analyze a literary work. Below is a list of literary devices with detailed definition and examples.